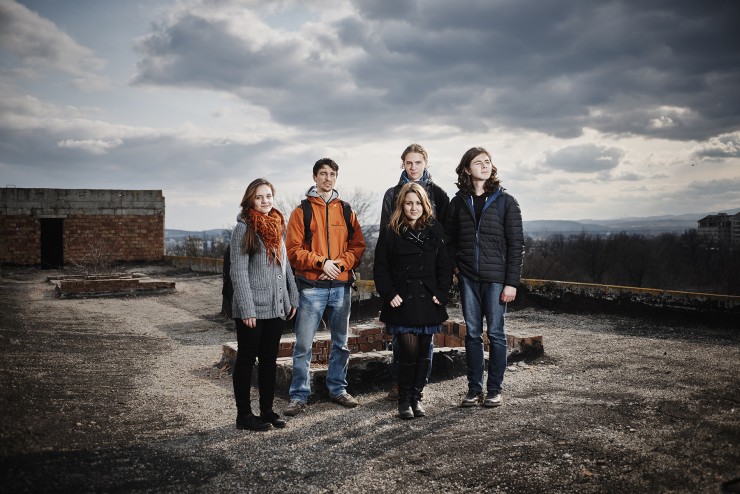 What’s your professional area activity?
I’m a kind of oxymoron: I see myself as a researcher-activist. But a researcher would need more time and budgetary resources. That is why I feel like I swing too much towards activism and I don’t have time to think more methodically about my activism and also to elaborate public policies. I say that I am a humanities hobo, a drifter between disciplines: I graduated Political Science, I majored in Journalism, I have a BA at The Faculty of Letters from Cluj and my PHD is on History. I collaborate with NGOs and I work in journalism and research (at this point concerning Roma segregation and exclusion).

Is it link to your project in a way?
Yes, they are all linked. As an activist I use civic journalism quite a lot. The Faculty of Letters helped me imagine better campaigns and write more creative texts. And History connected me to long term perspectives and thus gave my activism a more analytical approach and examples to use in everyday practice (for example, my book on protest movements in The Sixties). I am also an engaged anthropologist. I use a Participatory Action Research (PAR) methodology from which I derive a performative anthropology technique (performances, protests, advocacy that backs traditional analysis).

What’s your project?
I think that the most important campaign in which I got involved is related to the campaign that tries to desegregate the ghetto Pata Rat, nearby Cluj-Napoca landfill. The ghetto is created by local authorities, because almost half of the 1.500 residents were forcefully evacuated there by the authorities. Apart from this issue of desegregating this area, I am interested in the re-appropriation of public space, where we had some successes (the opening of a new park in a semi-deserted area, having a pedestrian alley nearby a lake instead of auto traffic, blocking the privatization of a park and many other campaigns). 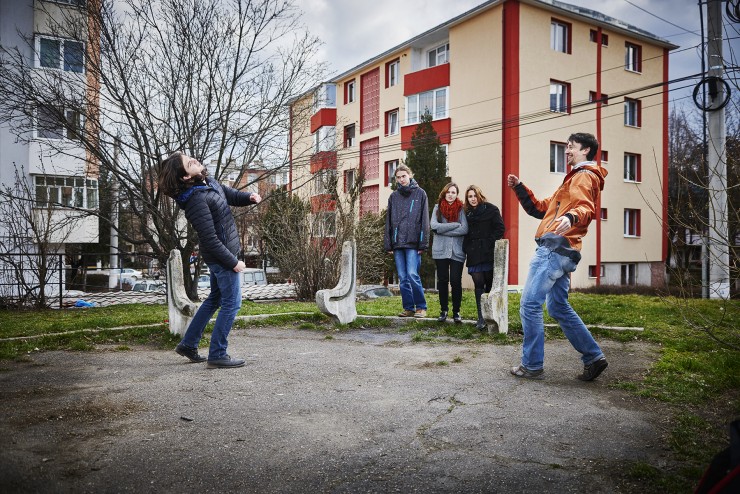 When did you start?
I became an activist in faculty where we protested against the administration and the professors. But I realized I am an activist only after faculty when I got involved on a regular basis in civic movements for a more democratic city: campaigns for more public spaces instead of privatizations, for a more sustainable mobility inside the city and by protesting against Roma segregation. Actually, I think that being an activist sounds a little bit artificial, I think I am more of an involved citizen in a political manner that was not satisfied in my youth by political parties and representative democracy. But at this point I do not think that participatory democracy is enough.

How was the idea born?
I had a good professor in my faculty, an American one and a class concerning the counterculture of the Sixties. So I became aware of large civic movements that did not exist in Romania at that time: environmentalism, feminism, anti-segregation movements, alternative lifestyles etc. It was a cultural shock for me.

What changes do you want to create?
I would like to see a more democratic society and this means a more egalitarian one and where we have the feeling that our work is fulfilling and creative and we have plenty of free social time to spend with our loved ones. It is a society where our jobs are not precarious and where the current segregation between workforce and owners does not exist anymore at our current level.

What’s next, what do expect? Any more details?
I will fight for more public spaces and a more sustainable urbanism: green areas, not only buildings, pedestrian alleys and bike lanes, not only cars to occupy our public spaces. And I will continue my fight to desegregate the Pata Rat ghetto. I am also interested to tackle in the future issues concerning poverty in Romania, which I think it’s the most important issue at this point because of rampant inequalities, poor social mobility and racialization of poverty. Hopefully, will build a civic and political infrastructure to address poverty and inequality.

Any more details?
Yes, JOIN US! We, activists in Romania and especially Transylvania, are like Dracula. We feed with fresh blood, energy and vitality because passion is the main drive of activism. Without this our soul dries with cynicism, disappointment and contempt.