What’s your professional area activity?
Professionally I am a freelance Web Developer and Graphic Designer, working with various clients from the fashion, beauty and health industries. I am also a very passionate Civil Rights Activist. I have been organizing or participating in almost every protest in Bucharest in the past 5 or 6 years. I don’t do it for the thrills but because a long time ago I realised that nothing will get better around me unless I at least try to get involved. I felt it was my duty. 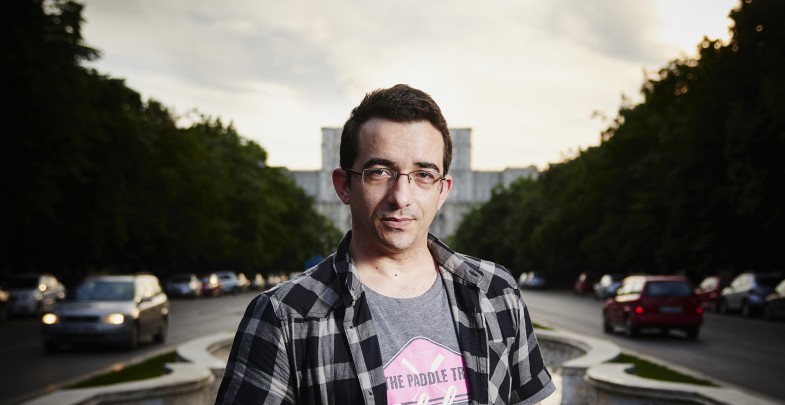 Is it link to your project in a way?
Yes, my activity and project are linked down to their very DNA, if I may say so. They are both meant to empower citizens in relationship to their collective future.

What’s your project?
For almost 3 years I have been working on a massive project with 3 phases. Under the umbrella of the “Activists Without Borders” international NGO, I work at planning the basis for a future “International School of Activism”, first with a local pilot program in Romania and then with an international reach. The plan is we will have professional teachers from various academic or specific areas, teaching future “Super Activists” a broad range of skills and techniques for them to spread to others. 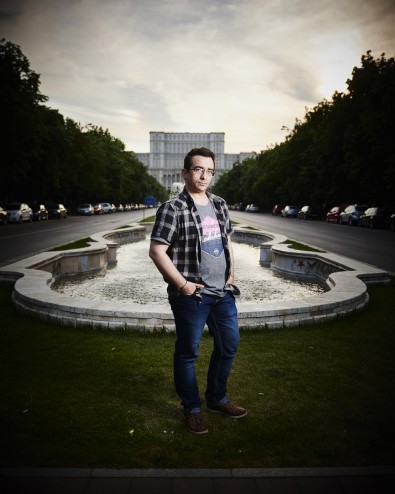 They will learn everything from public speaking, mass media interaction, first aid, protest tactics, civil movements history, international civil rights laws, using technology to their advantage, public records forensics and financial investigation, self defense, social media campaigning, human resources management and much more. This will be the so called Phase 1. A training grounds for more well-prepared and organized activists, that can tackle anything that a Government or Corporation throws at them. Phase 2 consists in the forming of several “Activist Task Force” groups, that can be called for helping emerging and maybe inexperienced social movements across the EU and beyond. These ATFs will use their vast set of skills, knowledge and experience to help others in their struggles and spread the seeds of knowledge.

When did you start?
I started fiddling with the basic principles in 2012 and now I can say that it is almost ready to take them to practice. My hopes are that in one year’s time we will be ready to announce the ISA to the world. It’s a high bar to reach and it already involves more and more people, with many to join us in the immediate future.

How was the idea born?
This project is based on one of the brainstorming sessions me and several other international activists had during the summer of 2011, when we worked with many groups in preparing what would later become the Occupy Movement. The ideas did not turn into reality, because the events forced many changes in strategy.

If we take a look at some of the most well known or successful social movements (ie. the Spanish Revolution, the Occupy Movement, the Arab Spring and so on), we see a lot of determined people trying to make sense and use of the initial chaos that any social movement witnesses in the early days. It’s all a desperate effort to find specialized people among the protesters, be it with medical, IT, graphic or media experience. Some movements are lucky and benefit from the input of professionals from these areas but others do not have this luxury and in almost all cases the success of their campaigns it’s down to fate. I want to change that. I want to infuse as much activists I can with a complete tool-set to take the social struggles to another level.
Like Martin Luther King Jr. once said: “Those who love peace must learn to organize as effectively as those who love war.” And I plan on doing just that.

What’s next, what do expect? Any more details?
I expect a lot of hurdles. The path I described above is not an easy one. No Government is pleased to have an “International School of Activism” growing in its backyard and I expect some fierce opposition. Funding will be the major obstacle though. We want to keep the funding “clean”, without any strings attached. A school of activism could be a powerful tool, but in the wrong hands (or pockets) it could do much damage to civil societies in many countries. Let’s hope our plan works out like on the drawing board. If it will not, then we will kill it without resentment 🙂