What’s your professional area activity?
I’m a Human rights activist at European level and a psychotherapist working with vulnerable group.
Is it linked to your project in a way?

Is it link to your project in a way?
Which project, are you speaking about? “laughing” Yes, there are all connected to the patient I’m working with, as injection drug users, sex workers, men having sex with men, LGBT community, Roma community, homeless children and adults and people living with HIV, hepatitis B,C, Tuberculosis. They are my main patient, and many of them have multiple co-infections and vulnerabilies, or some for example are living with HIV using heroin, homeless and Roma…

What’s your project?
I have my own NGO “Sens Positiv” with interns working 8h per week in the hospitals, as facilitators for people living with HIV / AIDS. The goals are supporting a mentoring program for people newly diagnosed with HIV / AIDS, to overcome the trauma post-diagnosis, improving the relationship with doctors, to facilitate accessing rights accruing to people living with HIV, legal assistance and other services, according to needs of each individual. We are doing counseling for them to adopt a healthier behavior and teach them how to do this. me and my team educating them regarding their illness.
Besides I’m working ARAS – National Association Against AIDS ambulante ambulance, I’m doing psychotherapy with divers vulnerable groups for free and I accompany them at the hospital, because if I don’t go with them the hospital don’t treat them some times. Sometimes I stay hours at the hospital, but at the end it always worth it.

For example, Hospital don’t have enough money to treat the the HIV patient, so the doctor are in this ingrate situation and they have to choose who will receive treatment, and will live and who will died for years. On paper On paper, the autorities are saying we are having treatment, but it is not in fact true. In general, hospitals are rejecting the less educated people, who fail to understand their medical tests results and are not having at list the basic information about their illness.
Because of those facts, I’m also dispatching HIV treatment since 2010 when we had a big stock out and I realize that the adolescents that I was working with will die without treatment. We had this cohort of AIDS infected young people in the Ceausescu period and tThey are in danger to die if they will stop the treatment. Many of them are on the last combination of treatment, because they took different kind of treatment and now they therapeutical options are very limited. When a patient becomes resistant to one combination of treatment, they will put him or her on other combinations. So I became very frustrated because I was working at that moment with them for four or five years in 2010, so I have been to Vienna to The International AIDS Conference about HIV. There, I get really furious when an institution announced that there is not a problem of access to treatment in the HIV field and I was « what the fuck!? » And I said in the microphone: « In Romania we are having pregnant women with HIV and they will have HIV positive children, 7000 adolescents infected soon after birth in Romanian hospitals, that part of them that are on the last combination of treatment will die. Each of you will be responsible for their deaths if you are having pack of treatment’s pills and you are not sending them to Romania. Or you can influence decision makers, our government to release funding. ».
I started to receive treatment for free, and I am sending this treatment for free all over the country. Also in the Hospital am going with big boxes, And gave treatment to the doctors, to treat their patients. Sometime the management of the hospitals does not know….
But my favorite activity is working in a social ambulance, now I’m in a break because the program is stopped for a period but in the close future I will be 2 days in ambulance and 3 days in the hospital to accompany and support patient. The ambulance system is working during the night and the day for reaching different community, but each teams go every week at the same day, at the same hour in the same area for keeping easily the connection with the community and they wait for us every time. We manage to create a strong connection with them, and sometimes I’m seeing them more often than I’m seeing my friends. They are very happy when we are coming, because we are providing clean syringes, condoms and of course for the positive attention we are giving them. For some of them we are the only persons giving them positive attentions.

When did you start?
In found  » Sens Pozitiv » in 2005 after I heard at a lady telling that they don’t have any more art teacher and I volunteer for giving paint courses to 10 children, from those community.
I started my training in psychotherapy in 2010, because I felt the need to be able to help more the people that I work with. 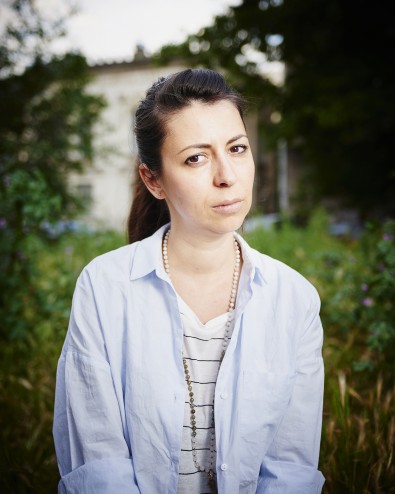 How was the idea born?
One of this young teenagers I was working touch me so much that I felt oblige to do anything to help them. We had a big cohort of 30000 baby infected by HIV in the hospital, between 1986 and 1992, and now around 7000 are still alive, but we don’t have really good statistic about this. When I started to paint with them there was around 14000, 14 – 15 years olds, still alive. I don’t know how many are still alive today. Those were telling me « I’m having Aids, I will die, I should I care or think about the future ». I realized one had dementia, and it’s an aids side effect, opportunist infection. To understand, I started to learn about HIV, and I realize many doesn’t have AIDS but only HIV, and I none of them have even the basic information about the illness they are living with so I keep read and make formation for them and then I started to accompany them to the hospital. We have only to 2 hospitals in Bucharest with infection diseases services. Some of them did’t had a good relation with their doctors. They was afraid to ask questions or they did not care to hear more about their disease. But, as we know, information is empowering people. So I stared so I decide to facilitate the relationship with the community and the hospital, to make mediation in order them to access to the care. When I started to read about their problems, I realized there wasn’t any information about treatment in Romania. It was a lot of information on prevention but nothing about how to live a longer and healthier life with HIV, how to continue to live with VIH, how to continue your sexual life, how to have an uninfected child, life expectancy… There are studies now. There are studies results that shows a dramatic increase in life expectancy of people living with HIV, around 80 years old, more than the general population, because the positive people are getting usual general tested each 3 or 6 months. The infected people need to know that they can have a life after the infection. People with HIV can live longer if they are taking the treatment and have a good relationship with the doctor.

What changes do you want to create?
In the future we need make advocacy for things to change, and the NGO in Romania are not used to do this like in other country. 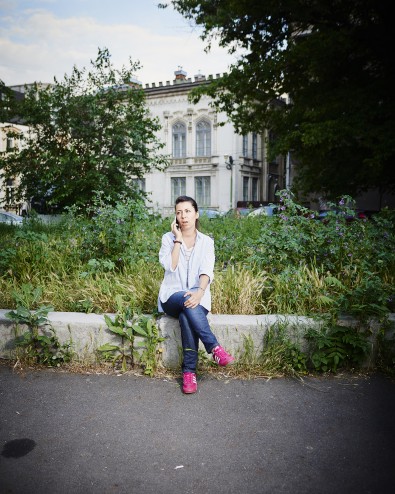 At the European level, NGO’s fighting against AIDS have a great advocacy and lobby campaigns. There are activist, expert patients that are staying at the decision table and are having a continuous dialogue with the pharmaceutics companies.  For example, if a pill is having too many side effects, they are asking the companies to reduce the side effects. They are the patients or are representing of the patients, some of them will take the new pills in the future, the pharma’s are respecting them and their expertise. In order to influence policies in Romania, we have to learn from those activists and act the same.

What’s next, what do expect? Any more details?
There are two kind of contracts, for care and for change. In my work, I am sometime limited to a care contract with my patients. With some of them I am not closing the border of my office, because they need to go to the hospital, and I am the only one who can accompany them…  I learned how to manage this, and the psychotherapy is working. I had a very good trainer, an English guy, Dave Spenceley, he was a nurse in a psychiatric hospital before becoming a psychotherapist, he had expertise in addiction, so he has teach me a lot.