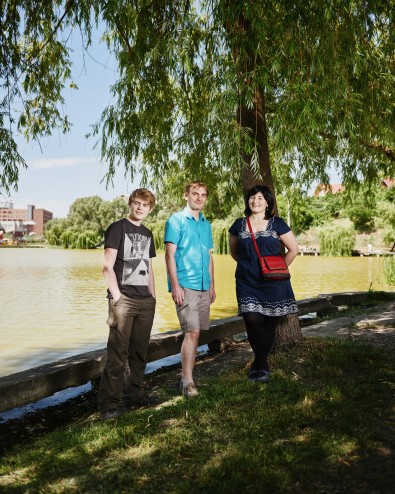 What’s your professional area activity?
Adi works in the sales business and Carmen works as a teacher. Tudor is a student in high school.

Is it link to your project in a way?
Adi’s job is not linked to our project in any way. Carmen could say that her job is somehow connected – as a teacher, she tries to instill a sense of citizenship in her students. Tudor is still learning what citizenship means.

What’s your project?
We tried to stop the traffic around the lake Gheorgheni and we did it, with the support of friends and NGOs.

How was the idea born?
We were really annoyed by the fact that walking around the lake Gheorgheni had become impossible.  The formerly generous walking path around the lake was now reduced to a mere curb, where pedestrians were squeezing in order to avoid being run over by the passing cars, on their way to the newly built shopping mall.
The first thing we did was trying to get people’s awareness about this problem. We ordered three  Tshirts with the message „STOP the traffic around Gheorgheni Lake!” and we wore them while running at the Cluj International Marathon.
Over the next few years, we organized a picnic on the side of the lake, we printed flyers, talked to people, explained the problem and encouraged them to support us in our campaign. We were surprised to see how many people thought our project was an excellent idea, still they did not believe in its success and said all our effort was in vain. On the other hand, lots of people got involved, signed petitions to the Mayor and showed up at the events we organized. There were young people and old people, and even children.
The problem was solved in small steps – first, the traffic was reduced to one lane, then it was stopped altogether, and eventually the park around the lake was created. It took two years. 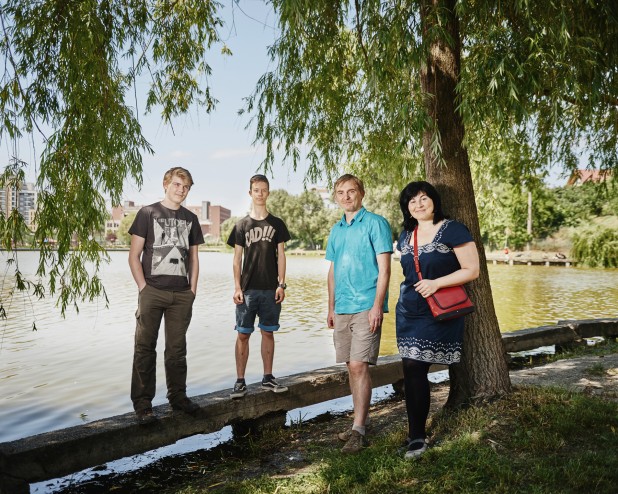 What changes do you want to create?
We live in a beautiful town. More and more people take to leisure activities that imply physical activity like cycling, running, roller-skating, walking, or playing other sports. In Cluj there are beautiful parks, but they are already crowded, so we think it would be a pity not to transform the natural areas around the other two lakes in Gheorgheni into a beautiful, large park, where people can do all these activities away from the hustle and bustle of the traffic in the big city.

What’s next, what do expect? Any more details?
Our plan is to continue what we began and achieve the objective of creating the largest park in Cluj-Napoca, by transforming the natural areas around the three lakes in Gheorgheni.  The total surface of the park could be around 60 ha. We already have a support statement from the Mayor, who said the creation of such a park is a good idea.
We hope that more people will understand that forever complaining is not a good strategy, but working together as citizens and making our point of view known to the authorities is a better and more efficient way to help this city grow.