I’d like to remind my few readers, that I’m not a former journalist, but I learned. At the beginnings I was thinking to keep all the times the same questions in order to show people that Making Change is not about working in NGO but more about willing to get involved. And sometimes the interview doesn’t fit the usual questions, or the conversation goes directly through all points so I adapt. And right now, it’s more like a story that I will share with you. 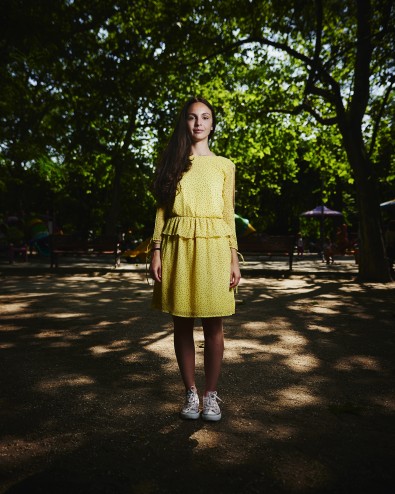 I met Mădălina in Bucharest, and after bearing the photoshooting, in hot weather of the romanian capital, she told me about her and what she is doing:

I’m working as a social worker for the district five of Bucharest in neighborhood as Ferentari. And part of my job at the mayor’s office for the social services is to go to visit a couple who are divorcing to establish who’s going to have the responsibility of the children. Or I can have to make a report of a teenager with psychic disorder, who need someone outside the family to take care of them. And in some case also kids from the orphanage that are involved in delinquent activities, from whom the police wants to have information about the reason why the kid did those kind of things.
In February 2015, I had to go to an orphanage for a report about a kid with some legal problems. And I witness comportment I didn’t appreciate from the educator. Since I work in the neighborhood, I learned about all the drug problems, the prostitution, the thief all that bad influences from the street that touch the teenager of this area.
I couldn’t stand to think that those kids are going to end up like the older ones. And it’s very dangerous because this orphanage is 200 meter from the liberty alley ghettos, which has the reputation of having the major drug market in heroin and mephedrone, and those kind of shit.
In the first couple of months I went there to see what going on, I create a good relationship with one psychotherapist who’s there for 10 years with a small salary. She doesn’t want to abandon the orphans, if she leaves, they would have no one else there with a trust relationship. That’s why she took also side jobs to survive and stay. She told me a lot about the kids, and about her situation.
So I decide to find a solution to help her and the kids. I try to find a solution out of the box to make them learn, because they don’t have faith in the educational system.

I talk to Valeriu Nicolae which is now Secretary of State Ministry of Labor. He is also an activist in Ferentari, who had made a weekend school program for the kids from that neighborhood. He gave me good advices as „making an exchange, a kind of free trade, you do good, you receive good”. And then a friend of a friend has offered to help me , which is an European champion of taekwondo . So my friend came for several months to learn the kids how to redirect them aggressively through sport. It works well for some kids, they even been to the theme club, and gave them all the equipment… An other friends came to the center, to give them lesson of English and Romanian, we tried to organise a computer lab and library and so on.

Until the authorities started not to feel comfortable with us there, because we were many people and we had no formal contract or legal form. At some point they told me that we don’t have the right to go there any more.
After a month some kids find my phone number, and ask me what happens, if I am like the other one, then giving up after coming twice on Easter and Christmas. I realised the same affection that I had for them, they had for me. So I talked to the director that agreed to for me come even with a contract. But if want to regular activity with volunteers there I have need a formal form.

On November 2015, we went to the administration for contracts signed by some volunteers. The administration said that they will give us an answer in 30 days, which is the legal period, and of course they did not. Until April when they finally released the contract and I then discovered that there is some more paper to fill in and sign about long therms objectives, which mean that I have to bring back again the volunteers there. But of course after 6 months some most of my volunteers had some other projects, jobs, moved from Bucharest. So again, I have to find some new volunteers make the papers and hope for the best. But I keep doing my things there, come to visit them and whatever I can to provide them the best education I can. 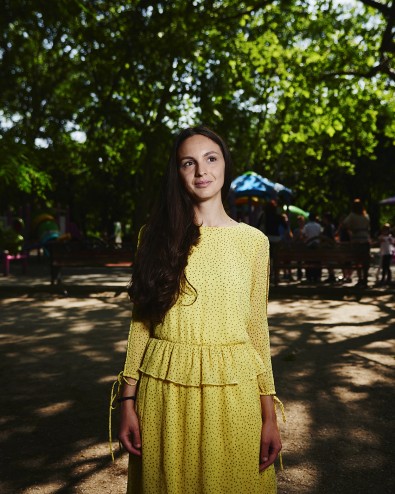 Why don’t you make an NGO?

To sustain in Bucharest I have actually 3 jobs, I’m working as a social worker as I already said, also right now I’m also assistant director on a fiction-documentary movie about the neighborhood Ferentari and as PR for “3 smoked olives” festival near Calarasi. It’s an electro music festival on an Island between Romania and Bulgaria.
So for the moment I don’t want to do an NGO because I won’t be able to handle it myself with my 3 jobs. But in the future, when I gonna be a bit more relaxed with my schedule, it will definitely be the next step. Create an NGO, employe some people that have the same will to help than I have.

I have already people helping, since the first time I wrote on Facebook about the situation, a website invite me to make an article about it. After the publication, 20 or 30 persons proposed me money, clothes, time to help. And since now every time I wrote on my Facebook about something I have positive answers from the community. My problem is that I don’t have the time and the resources to be efficient, people expect me to do it all, to come to take from them home bags of clothes, but I don’t have time to do it all. Many wouldn’t go themselves, maybe they are afraid of having empathy or just they are not comfortable with the idea. It’s hard to manage everything.

Even is the situation not easy, I still enjoy what I’m doing there because even if I don’t manage to do as much as I would, I see results when I go there. It’s frustrating that the authority hamper our willingness to help.