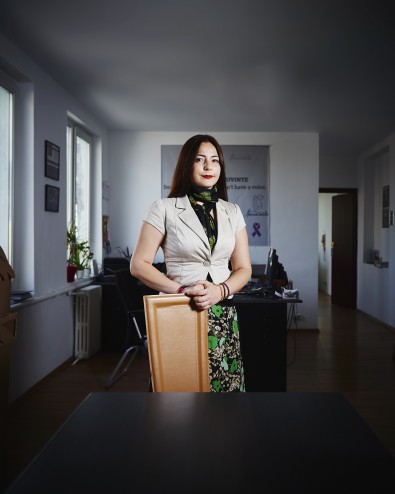 What’s your professional area activity?
I studied law and I have a master in international and community law, I wanted to be lawyer to save the world. I was passionate about criminology. I worked for a while as a legal adviser and then I worked for the government in the public administration, which I don’t regret because it allowed me to learn a lot about how the government and the administration works, what can and cannot be done in a certain situation. I also had the opportunity to work on European projects with the World Bank and EU founds. I worked for 14 years in Roma inclusion and at one point I realized that even with all my effort, I can’t change things in this area. The frustration was becoming too big and I decided to leave. I went back to private companies. And then, by accident, I have been asked by Damian Draghici, singer and Roma activist, who was hired in the government and wanted to make a team of people that knew about Roma Inclusion, if I want to join in. So, I went back and worked there for two month and I realized I can’t work for the government anymore. It was good then, when I was in my 20’s, but not anymore. I didn’t know exactly what to do. I didn’t want to work for somebody else but neither I didn’t want to start again a company, I wanted to do something. So I started Necuvinte NGO, and I don’t regret a second even though it changes my life completely.

Is it link to your project in a way?
It’s true that my background in law helps me a bit, but I think my main advantage is the experience I got during the 14 years of implementation of public policies, national strategies and projects for including a category which is unfortunately still disadvantage at this point. It helps me a lot to understand, all the steps you need to get through to fulfill your task. There are many people that want to do good, but they don’t actually know exactly where to start from. For example, to help these women individually is a thing, but for helping more than one, you need to understand the system, where to start, who to contact… and working in the public administration helped me a lot.

What’s your project?
Necuvinte NGO’s main objective is to fight against domestic violence towards women and children but we also fight against every kind of things that is a human rights violation, even towards men. The majority of cases are in the spectrum of violence inside the family.

As president of the NGO, I’m working with 42 amazing volunteers, 6 men and 36 women all over the country. The number of men involved surprised me in the good way. The NGO have only one employee, we honestly couldn’t do anything without them. I was also surprised that people from all over the country and not only in Bucharest wanted to get involved, in order to solve cases, people that saw the huge need for information and help. This network of volunteers in the major cities of the country is our power, and I know I can depend on them. I have friends in all those cities and I ask them for help in our activities. We don’t succeed every time but we do our very best every time.

Lately, we had a great achievement; we’ve managed to change the law regarding the emergency protection order being issued in maximum 72h instead of no term, before there was no maximum term to get an answer from a court. Sometimes it could last for 3 months. Because the court was analyzing the emergency of the case, and we had to call the police stations, many institutions and people in order to push forward every case. Now it works without us, and this is the biggest satisfaction. Now they have to issue on the spot the protection order or in maximum of 3 days. 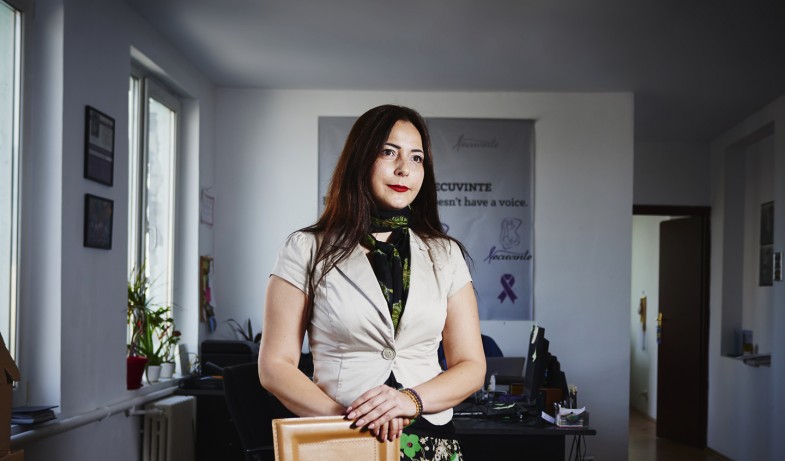 How was the idea born?
Mainly it came from the fact that I’m a women and I had to deal with a lot of forms of harassment, if I can call them like this. It was more like a grinded frustration, being a woman and considering myself a little bit smart, living in a men’s world, especially in the government and public administration where you have the right to be cute and nice, but if you also have good ideas, nobody takes them into consideration. Then a friend of mine got hit by a man on the street just like that for no reason at all. She just didn’t let him in front of her in a parking space. And I looked on the internet to find who deals with women issues, who’s protecting women, who works on this subject in the parliament, who brings this subject on the government’s table. I discovered that there a few NGO’s but not enough. This was the spark that made me decide. Also, I didn’t wanted to go in only in the theoretical area, feminism as a theory. I wanted to work on something practical, because I’m practical person, I want at the end of the day to see what we did. So I decided to try a mixture of feminism which all of us should be and a real helper on the field for people in need. At that moment, I didn’t knew how big this phenomenon truly is and and how many women are affected by domestic violence in Romania.

What changes do you want to create?
We are planning to continue the series of actions to promote and inform people, starting on the first of July with our first national campaign. I had this project in mind before obtaining the legal personality for the NGO. If we have the results that we hope for and if I would have to stop after this campaign, I would personally be happy, because we will have managed to spread the information all over the country. And if by this 10 more women would be saved, we would be happy. 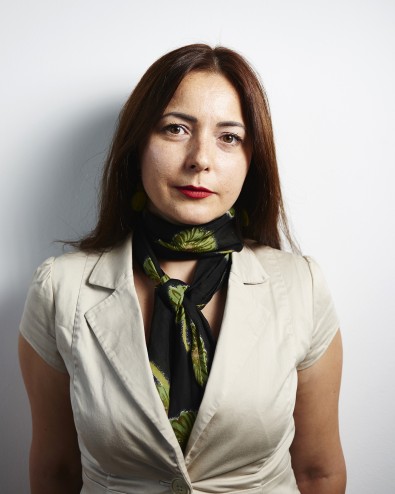 What’s next, what do expect? Any more details?
All this changed me a lot, my way of being changed a lot without realizing it. I think I’ve always been a good person, maybe a little bit more selfish than I’m now. I mean I wanted to help but since I started this NGO my life is dedicated to this. Now every time a woman is calling us, I can’t stand not answering the phone, knowing that she depends on us and sometimes only us. We usually ask them how they chose Necuvinte from all the other NGO’s, they usually say they were recommended or they found us on the internet, or we are the only website with information… Of course it’s a little bit tiring but not in a bad way, because I feel that I have to do this and that I can make a change and that keeps me going. Some women depend on us, so if we tell them something wrong, we affect their life in a bad way, so it’s a lot of responsibility. And that changed everything in my life, from my friends, from the way I think about life, from the way I analyze people around me. I starting to give up some friendships, I don’t feel the need to have them around me anymore. My mindset change so strongly, so drastically that I don’t have anything in common with them anymore. But I found new people, great people actually, that are like me, that work until they forget about themselves, but they feel happy. I loved what I was doing before, but now it’s a different kind of good, in a sense of forgetting about yourself until you can’t stand up anymore, laughing hysterical and crying in the same time, tired but feeling so good, it’s stronger than anything else I have ever lived. I don’t have words to explain this.

I think that every one of us can create a change in a good way in any kind of area of life, from stopping cursing in traffic to anything that comes to mind and it’s not working as it should yet, any kind of small things can make a difference. I believe that we are all responsible to create a better life, even if it sounds like a text from a magazine. I like to think that I also empower our volunteers and when they will leave Necuvinte, they will be maybe stronger individuals. I like to believe that. Will see.