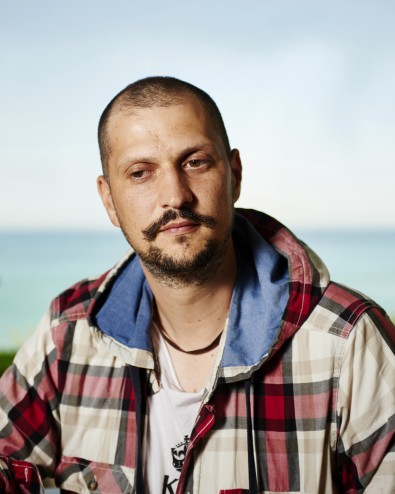 I am an architect, I worked for many years in Austria. I consider myself as a modest person, but I think as an architect, my work was appreciated in the big architecture firm where I worked. Still I think what I’m doing now in Romania is much better and much more important than back there. It’s also more dangerous now for me, I face some violent situation in Constanta because of my activities and also because I can’t stay without acting when I witness unfair events. I ended up in fight because I tried to stop some people to destroy a monuments, a car push me while I was riding my bike… I think I’m a bit crazy to react so much but I can’t stop. For me and my friends, it’s a natural reaction to act as for the historical monuments and react towards ours politicians or to explain to our communities why we need to act. I had no plan for this at the beginning.

All started when I came back in Romania three years ago, in 2014. I had to take a vacation of few months for personal reasons. Then I decided to stay and I found jobs surprisingly pretty fast. It’s was desk work on architectural projects, computer activities and I needed something else. So I looked for things I can help with in the city, I started with drawing and plans for bicycle lines. I met and spoke with the second person in the hierarchy of Constanta city hall, to propose them my project for the bike lines. We have a lot of space in Constanta, and with those bike lines, it would very easy to make the city less populated, more healthy, and it’s very cheap compare to other urbanism project. This administrator seemed very charmed by the idea and asked me to send him all the drawings and the projects. I done it and I never had any news, I tried to contact him but he never answered me again. I tried many times and many people and they ignored me. It was frustrating. In my situation, most of the people would have leave at least the city or move back to a western country. It’s depressing even to be congregated to this kind of situation when you want to help and you administration, do nothing. But one of my strongest skills is actually my sense of humour, and it helps me to face those situations and to act. I decided not to wait for our politicians and to act without them. I start to talk with the communities to convince them that have to ask the administration for good life conditions, that it’s their rights. I got in a short more than one thousand signatures and I have been back to make a protest in during a meeting of the city council. They started to try to run way from the room even with the media there; they ignored me and did nothing.

Since then I developed different activities step by step. I organized I think approximately 20 different projects with my friends. We made a lot of concert for humanitarian causes; we promoted and made ecological activities, protests. I wrote around 150 articles for newspapers because our journalists were not interested, they didn’t want to speak about those subjects, so I had to. I had almost every weeks one or two activities connected to different project during the last two years. From each of those experiences I try to learn something and to adapt to convince people and spread information in order for things to happen. If I had make too much of a type communication, I change, from article, to protest, to piano concert, ect, ect, to keep people focus not to bored them. For example the first ecological project that I succeed, was in the kid’s palace (Palatul Copiilor), an education institution for all the children. I convince some friends to join me to arrange the building yard which was depressing. For two month almost every week we worked there to make it more pleasant and green with flowers and grass. It was not a big project but it had great social impact, a lot of kids joined to help. Then people came there to look at what we were doing to discuss. We created a very good atmosphere so it became more than an ecological project, it was a socializing one where people could speak and share. 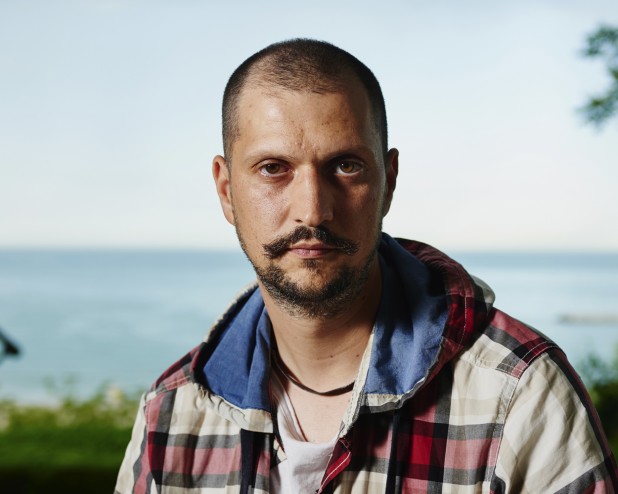 For all the projects I create, this social aspect is very important, I feel that people need to connect more and to get out of the TV. One time we cleaned a part of a national park and then organised event as football match and concert. Another time we made a music festival at the front of the casino to raise money to remake courtyard of the Art College. I tried to combine socialisation, ecological and culture in my entire project. It’s easy to do it this way and it brings more positive energy and visibility than a protest. I like to do this but I’m just an average guy; in this city there is a lot of very smart people but they don’t want to be involved in those initiatives. My general goal is to create a healthy environment in Constanta and to give people an example, to show them that it’s possible to do something good for all, in the same time have a good time and do something useful for the community. I want to convince people to help other people. This is my position from the beginning, and I think I have succeeded in way, even a little. I have even friends that have started after they saw what I was doing to do independently some projects. And for one of them it works better than it worked for me. He is reaching and helping more people than me with a single project. I’m very proud of him. Why staying in the mall all day when I can have a great time with my friends organising a public concert and helping the community in the same time. Building bridge between people in a community is for me also an architectural approach of my project, and I think it’s the most important in this period. For me architecture is to create good life conditions, it’s not all the time comfort, sometime it’s the people you can connect with and the perspective you give people. 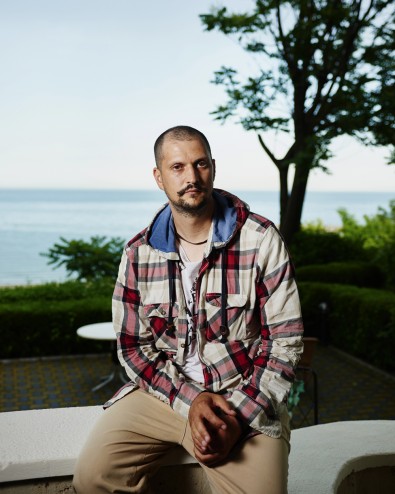 As a good example of my sense of humour one day the chief of administration of the city hall told me that Constanta is a very nice city and every is ok, he was making fun of me, at least I took this way because Constant is the only big city of Romania that doesn’t have any electrical public transportation. So months after, at Christmas during a conference again, at the front of the media, I offered him a small electrical train and I told him that I think he didn’t had that toys when he was a kid and he should play with it now in his office to understand what are needs of the city. Everybody enjoyed this joke, me even more. But I think we can’t wait for our administration to do such things, they won’t change before ten or twelve years, we can do things now and we have to. Those activities I spoke about were made by less than ten friends working together once a week after their day job. All I have done with them was after my day job. So if the thousands of smart people living in Constanta start to act imagine what we can achieve.

I think Constant has the biggest mentality issue of Romania. Here the situation is a bit more complicated. Most of the population lives under primary instincts, there is a big miss of civic education and concern. I see it even in upper class, as for example some of my parents friends, started to tell me that I have to stop with this, that I should focus on making money and a family. This couple are university professors; imagine the influence that those people can have on our younger people. I don’t think this due to the communism, I think it’s an excuse for people to stay comfortable.

Now I want to change my approaches, I made enough manifestation, now I have other perspectives. If we can’t change our generation and the previous ones, we need to educated better the youngster at least about the importance of culture and my last project is about this concern. It’s a colouring-book for kids about moments. I have drawn in simple geometrical way the monuments of the City, so kids can fill in colours and have a small story about the moment. I’m sure it can raise conscience and bring concern about our architectural heritage at least for the next generation.  I don’t think we can change everything now, but we have to keep doing it, grow education. I don’t give up my activities; I want to do them in another way now.

Those activities also gave me another perspective for my job, new ideas about the way I should do my job. It’s great to use your professional skills to help other, but I didn’t expect that will receive from this inspiration for my job. It’s another reason way people should help others, learn a lot from this.